For all genealogists:
A new major work by Anne Marie Grønnegaard 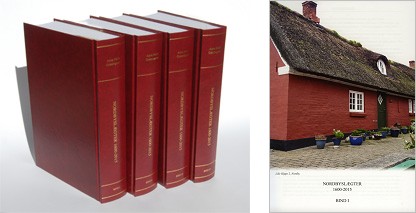 Anne Marie Grønnegaard has devoted a large part of her life to identifying her descendants from Fanø. Everyone on Fanø knows her great 6-volume book series "Sønderhoslægter". During the last many years she has been working on another large project on descendants from Fanø. This time the focus is on the descendants from Nordby, and it is planned to comprise 4 volumes each of around 1000 pages, a total of 4,000 pages!

An index of names for NORDBYSLÆGTER 1600-2015 has now been compiled, which is alphabetized by surnames. It can be DOWNLOADED FOR FREE as a searchable PDF file (7.7 MB). Apart from the index of names, the file also includes a detailed search guide. 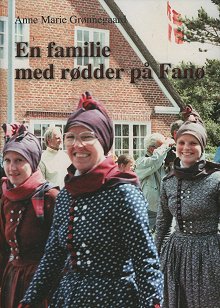 However, with her new book En familie med rødder på Fanø Anne Marie has gathered material for a different kind of book to that of her genealogy books. In this book she talks about her background of having been born and bred in Esbjerg but having very strong ties to Fanø. Many years ago Anne Marie received the memoirs of her aunt Sinne Sonnichsen, neé Thøgersen. With the family's permission, Anne Marie has included these memoirs in her book. They describe a family's life on Fanø and in part also in Esbjerg. She has also included the memoirs of her uncle Søren Hansen Sørensen, which he wrote in connection with receiving the Dannebrog decoration. Finally you get an overview of Anne Marie's close relatives from the past, e.g. uncles, aunts, grandparents and great-grandparents, spiced with additional details of some specific people.

Anne Marie has also chosen to include a short history of the buying-out of Fanø in 1741, in which Niels Sørensen (her 10th great-grandfather) played a central role.

She has corresponded with Nobel Prize winner Niels Kaj Jerne for 10 years and included some of the ideas he passed on to her about the population of Sønderho. All in all, a book in which Anne Marie's sense of facts, attention to detail and correctness are unfailing, but where room has also been left for stories and personal impressions.

The book was launched at a reception with a great turn-out in Sønderho Village Hall on the 28th June 2014. 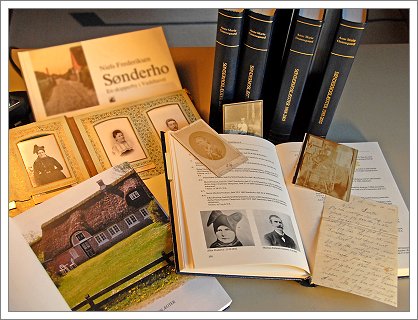 Do you know the book series...

Well then, my 6-volume book series will definitely be invaluable to you!
Do you have roots on Fanø? This great work can become yours!
If you are interested in buying my books, have roots on Fanø or would like to know more about Fanø's ancestry and history, you are welcome to contact me. 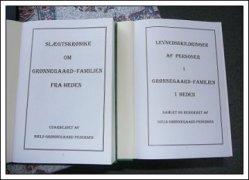 Do you know the Grønnegaard family and its chronicles? Niels Grønnegaard Pedersen has collected the chronicles and published them in two volumes.
Descendants from Nordby
As mentioned above I have also been working for many years on a similar project about my descendants from Nordby from the 1600s through to the 21st century. If you have any questions, photographic material or information on this subject, I would also very much like to hear from you.